Marc Thiessen is a visiting fellow at the neoconservative American Enterprise Institute (AEI) and a columnist for the Washington Post who is known for his advocacy of controversial foreign and defense policies, as well as his at times misleading characterizations of current affairs.

A vocal defender of “enhanced interrogation techniques” and other aspects of the “war on terror,” Thiessen was one of several Washington Post opinion writers—others included Charles Krauthammer and Jennifer Rubin—who championed the Mitt Romney/Paul Ryan presidential campaign and issued harsh attacks on President Barack Obama during the run up to the 2012 presidential election. 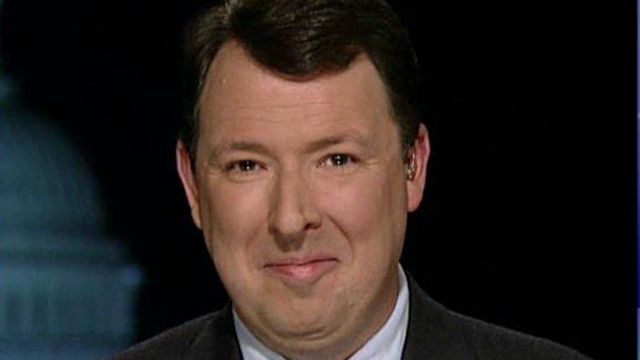 An exemplary case of Thiessen’s misleading work came in September 2012, when he helped spark a right-wing campaign aimed at impugning Obama’s White House record by publicizing, in his Washington Post column, the false claim that Obama “skipped” more than half of his daily intelligence briefings.[1]

The claim—which was repeated by Sen. John McCain and a host of conservative blogs—was debunked by the Post’s own fact-checker, Glenn Kessler, who pointed out that presidents can decide to receive the briefings orally or in writing. Referring to an ad issued by the Karl Rove-led Crossroads America, which repeated the false claims, Kessler wrote, “Ultimately, what matters is what a president does with the information he receives from the CIA. Republican critics may find fault with Obama’s handling of foreign policy. But this attack ad turns a question of process … into a misguided attack because Obama has chosen to receive his information in a different manner than his predecessor.”[2]

Reflecting on the Post’s controversial history of hiring right-wing ideologues, one Salon columnist said of the episode, “When you, the major daily newspaper, get to the point where your official in-house fact checker is not just calling one of your columnists dishonest but also practically mocking his arguments as ridiculous, maybe you should reconsider some of your hiring strategies.”[3]

During the 2014 Ebola scare, Thiessen wrote a fear-mongering what-if piece for the Post that speculated on the potential relationship between an outbreak and “Islamist radicalism.” Citing a 2001 national security exercise called “dark winter”—during involved a hypothetical a smallpox attack on the United States—Thiessen asked: “What if the two threats converge into one?”[4]

“Unlike smallpox, which is hard to come by, the Ebola infection is raging right now in parts of Africa where Islamist extremists could have easy access,” Thiessen wrote. “Ebola has up to a 21-day incubation period—more than enough time for terrorists to infect themselves and then come here with the virus. In a nightmare scenario, suicide bombers infected with Ebola could blow themselves up in a crowded place—say, shopping malls in Oklahoma City, Philadelphia and Atlanta—spreading infected tissue and bodily fluids.”[5]

In response to Thiessen’s article, Simon Maloy of Salon wrote: “Smallpox is far more contagious than Ebola and much easier to transmit from person to person, so a simulated smallpox outbreak doesn’t seem like a good point of comparison for an Ebola attack.”[6]

Maloy continued, somewhat satirically, “By this point you might be asking yourself: If terrorists can just hop on a plane and come to America and blow himself up that easily, why would they go through the added trouble of going to Africa and contracting a dangerous illness and exposing themselves to added layers of security and inspection? Why don’t they just come to America and blow stuff up?”[7]

Much of Thiessen’s recent writings for the Post have amounted to criticisms of the Obama administration. He has been especially critical of the administration’s approach in fighting the so-called “Islamic State” (IS) group in Iraq and Syria, joining a host of other foreign policy hardliners in deriding President Obama for not involving U.S. ground forces in the fight.

He wrote in September 2014, “The Islamic State cannot be defeated from the air alone. This does not mean a re-invasion of Iraq. But as Fred and Kimberly Kagan—two key thinkers behind the successful 2007 surge in Iraq—point out in a new paper, defeating the Islamic State “will require as many as 25,000 ground troops in Iraq and Syria.” The vast majority of those troops, he argued, would play a supporting role for several thousand U.S. Special Forces troops and special mission units, who would be deployed in small groups embedded with Sunni tribes (like the Sons of Iraq, who fought alongside us during the surge) as well as Kurdish pesh merga forces and Iraqi military units.”[8]

A speechwriter in the Bush White House and Donald Rumsfeld Pentagon, Thiessen has a lengthy track record working for right-wing and hardline nationalist organizations and political figures. He was a policy adviser to Sen. Jesse Helms in the late 1990s; served as a assistant at the William Bennett-led Empower America (now FreedomWorks); and received a fellowship at the Stanford University-based Hoover Institution.[9]

Thiessen got his start in right-wing Washington politics working as a researcher at the now-defunct lobbying firm Black, Manafort, Stone, and Kelly during 1989-1993. The firm, which was closely associated with conservative senators like Helms and Phil Gramm, was notorious for its work on behalf of controversial clients, including Zaire’s Mobuto Sese Seko, the Philippines’ Ferdinand Marcos, and the Angolan rebel group UNITA. A 1992 article in Spy magazine opined, “The well-compensated flacks at Black Manafort stand at the pinnacle of organizational apologism. Name a corrupt despot, and Black Manafort will name the account.”[10]

Thiessen’s 2010 book Courting Disaster: How the CIA Kept America Safe and How Barack Obama Is Inviting the Next Attack helped propel him into the center of the debate over the efficacy and legality of torture as a tool in the fight against terrorism.

Published by the rightist Regnery Press, Courting Disaster was widely lauded by many high-profile figures on the right, including Vice President Dick Cheney, whose blurb on the book’s jacket said, “Marc Thiessen knows, in ways that few others do, just how effective, heroic, and morally justified were the interrogators who kept this nation safe after 9/11. If you want to know what really happened behind the scenes at the CIA interrogation sites or at Guantanamo Bay, you simply must read this book.”

Courting Disaster is premised on the idea that the CIA’s torture techniques were instrumental to stopping terrorist plots. Moreover, Thiessen claimed in the book that by halting the so-called “enhanced interrogation methods,” President Obama put the United States at risk of another catastrophic attack.

Author Jane Mayer, who wrote an exhaustive book detailing the Bush administration’s torture plans, slammed the book in a March 2010 article for The New Yorker, calling it the “unofficial bible of torture apologists.” Mayer contended that Thiessen’s arguments were specious at best, writing that “Thiessen is better at conveying fear than at relaying the facts.”[11]

Mayer explained how Thiessen claimed that torture helped stop an airline plot foiled by British intelligence—except that those in charge at Scotland Yard said that he was “completely and utterly wrong.” Mayer went on to lambast Thiessen for arguing that only Obama and fellow Democrats opposed the Bush administration’s torture practices, which was patently false—many Republicans, including Sen. John McCain (R-AZ), argued privately and publicly that the Bush administration’s treatment of prisoners amounted to torture.[12]

In a Washington Post column following bin Laden’s death, Thiessen wrote that it was “time for a public apology” from Obama to CIA Agents who tortured prisoners.[13] However, subsequent information showed that torture was minimally helpful in the lead up to bin Laden’s death.[14]

Thiessen later attacked a May 2011 McCain speech in which the senator insisted that information gained from torture had no part in the raid that killed Osama bin Laden. In a blog post for the American Enterprise Institute, Thiessen quoted several anonymous senior CIA officials to defend the torture program and claim it contributed to bin Laden’s death, arguing that if torture did not help, “why isn’t CIA Director Leon Panetta making these same claims?”[15] Inconveniently for Thiessen, a letter from Panetta to McCain was reported on by the Washington Post on the very same day of his blog post. In the letter, the CIA chief said that information gleaned from torture had only played a very small role, if any, in finding bin Laden.[16]

Thiessen’s campaign against the Obama administration has included comparing the Bush administration lawyers who crafted a legal case for using torture with Obama Justice Department appointees who at one time represented terrorist suspects. Thiessen argued that the right to counsel—the very framework of the U.S. legal system—is superfluous and in fact harmful when it comes to terror suspects. He then vigorously defended “Fine lawyers like John Yoo, Jay Bybee, David Addington, Jim Haynes, Steve Bradbury,” who arguably violated both U.S. and international law in providing a legal alibi for torture.[17]

Aside from his perch on the Washington Post editorial page, Thiessen frequently appears on talk shows (and comedy shows, like the Daily Show) and gives presentations at conferences to discuss his views on torture and the war on terror. Among his presentations, in September 2010 Thiessen was a panelist at an AEI event titled The Way Forward in the War on Terror. Other speakers included Danielle Pletka, Sen. Lindsey Graham (R-S.C.), Gary Schmitt (former executive director of the Project for the New American Century), and AEI’s Thomas Donnelly.

[13] Marc Thiessen, “Obama owes thanks, and an apology, to CIA interrogators,” Washington Post, May 4, 2011,http://www.washingtonpost.com/opinions/obama-owes-thanks-and-an-apology-to-cia-interrogators/2011/05/03/AFka7tlF_print.html