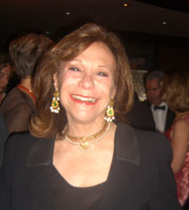 Nina Rosenwald, an heir to the Sears Roebuck fortune, is founder of the Gatestone Institute, a New York-based offshoot of the neoconservative Hudson Institute. She is also an important funder of right-wing “pro-Israel” and anti-Islamic organizations. She co-chairs the equity firm American Securities Management and serves as vice president of the William Rosenwald Family Fund, which has donated enormous sums to conservative causes. She is the daughter of the late William Rosenwald, a liberal Zionist philanthropist who founded the United Jewish Appeal in the late 1930s. 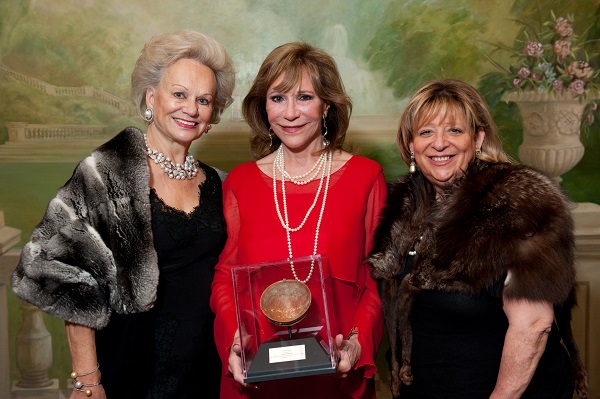 Along with her sister Elizabeth Varet, a principal at the right-wing Anchorage Fund, Rosenwald has provided millions of dollars to rightwing “pro-Israel” causes. In its 2011 report on the U.S. “Islamophobia network,” the Center for American Progress identified the Anchorage and Rosenwald foundations as key financial backers of anti-Islamic messaging in the United States. “Between 2001 and 2008,” it noted, “the Anchorage Charitable Fund and William Rosenwald Family Fund contributed $2,818,229 to Islamophobic organizations,” including more than $2.3 million to Daniel Pipes’ Middle East Forum. Other beneficiaries flagged in the report included Frank Gaffney’s Center for Security Policy, the Clarion Fund, the David Horowitz Freedom Center, and Zuhdi Jasser’s American Islamic Forum for Democracy.[1] Rosenwald has also supported the Middle East Media Research Institute (MEMRI) and a host of U.S.- and Israeli-based organizations supporting Jewish settlers in the Golan Heights and occupied Palestinian territories.[2]

According to journalist Max Blumenthal, Rosenwald’s philanthropy has facilitated an “emerging alliance between the pro-Israel mainstream and the Islamophobic fringe,” a partnership that “serves to sanitize and legitimize professional anti-Muslim bigots” and allows their views “to mingle easily with those of neoconservative foreign policy heavyweights intent on promoting the appearance of a convergence between U.S. and Israeli interests” against “a common ‘Islamofascist’ enemy.” On this count, Blumenthal specifically cites Rosenwald’s support for neoconservative writers like Daniel Pipes, as well as the multiple functions she has thrown in New York for Geert Wilders, the rabidly anti-Islamic Dutch MP who was tried in the Netherlands for hate speech. [3]

Rosenwald’s largesse has earned her a place of considerable influence in the “pro-Israel” firmament. Blumenthal notes there is “hardly a single major pro-Israel organization that does not provide Rosenwald with a seat on its board of directors,” including the Washington Institute for Near East Policy, the American Israel Public Affairs Committee, and the Hudson Institute. Rosenwald was also formerly the vice president of the Jewish Institute for National Security Affairs, which seeks to bolster high-level security ties between Israel and the United States.[4]

Rosenwald has also backed the U.K.-based Henry Jackson Society (HJS), a think tank that promotes neoconservative ideas in England and Europe.[5] A December 2014 report by the Guardian revealed that Rosenwald’s Abstraction Fund donated $10,000 to HJS through the American Friends of the Henry Jackson Society, an entity that transfers funds to HJS from U.S. donors.[6] HJS has attempted to keep the identity of its donors hidden. In December 2014, after a parliamentary watchdog requested it reveal its corporate donors, HJS opted to sever funding ties rather than reveal its donors.[7]

Rosenwald’s Gatestone Institute has published works by HJS members, including HJS associate director Douglas Murray, who said in 2006 that "conditions for Muslims in Europe must be made harder across the board.”[8]

Rosenwald formerly served on the board of Freedom House. She resigned in 2007 after the organization chastened two of its scholars for accusing Amnesty International and Human Rights Watch of failing to recognize “the character of the [Islamist] enemy against which the civilized world now finds itself arrayed.” Rosenwald lamented to a National Review reporter that the group had become “little more than a Beltway bandit.”[9]

After initially operating a New York branch of the conservative Hudson Institute, by 2011 Rosenwald had remade the branch into the independent Gatestone Institute.[10]  The Institute bills itself as “a non-partisan, not-for-profit international policy council and think tank [that] is dedicated to educating the public about what the mainstream media fails to report.”[11]

The spread of Islam appears to rank highly among these concerns. In April 2012, the institute “rolled out the red carpet” for Geert Wilders, who declared at a $10,000-a-head Gatestone event that “Islam is the largest threat to freedom which the world is currently facing.”[12]

At one point Gatestone listed “Fjordman (2013)” as a distinguished scholar,[15] using a pseudonym for Peder Jensen, a far-right Norwegian blogger whose writings were featured in the manifesto of mass-murderer Anders Breivik.[16] The listing has since been removed.

According to Blumenthal, “Rosenwald has a penchant for launching into anti-Arab anti-Palestinian tirades at public forums, leaping up like ‘a jack in the box’ to denounce the evildoers.” Her writings can exhibit a similar tone. For instance, in an article posted on the Gatestone website, Rosenwald criticized the Obama administration for not objecting to a Palestinian request to include language calling for the “international protection of the Palestinian people throughout the occupied Palestinian territory” in a UN document on racism. Rosenwald said this was tantamount to “singling out Israel in an anti-racism manifesto.”[17]